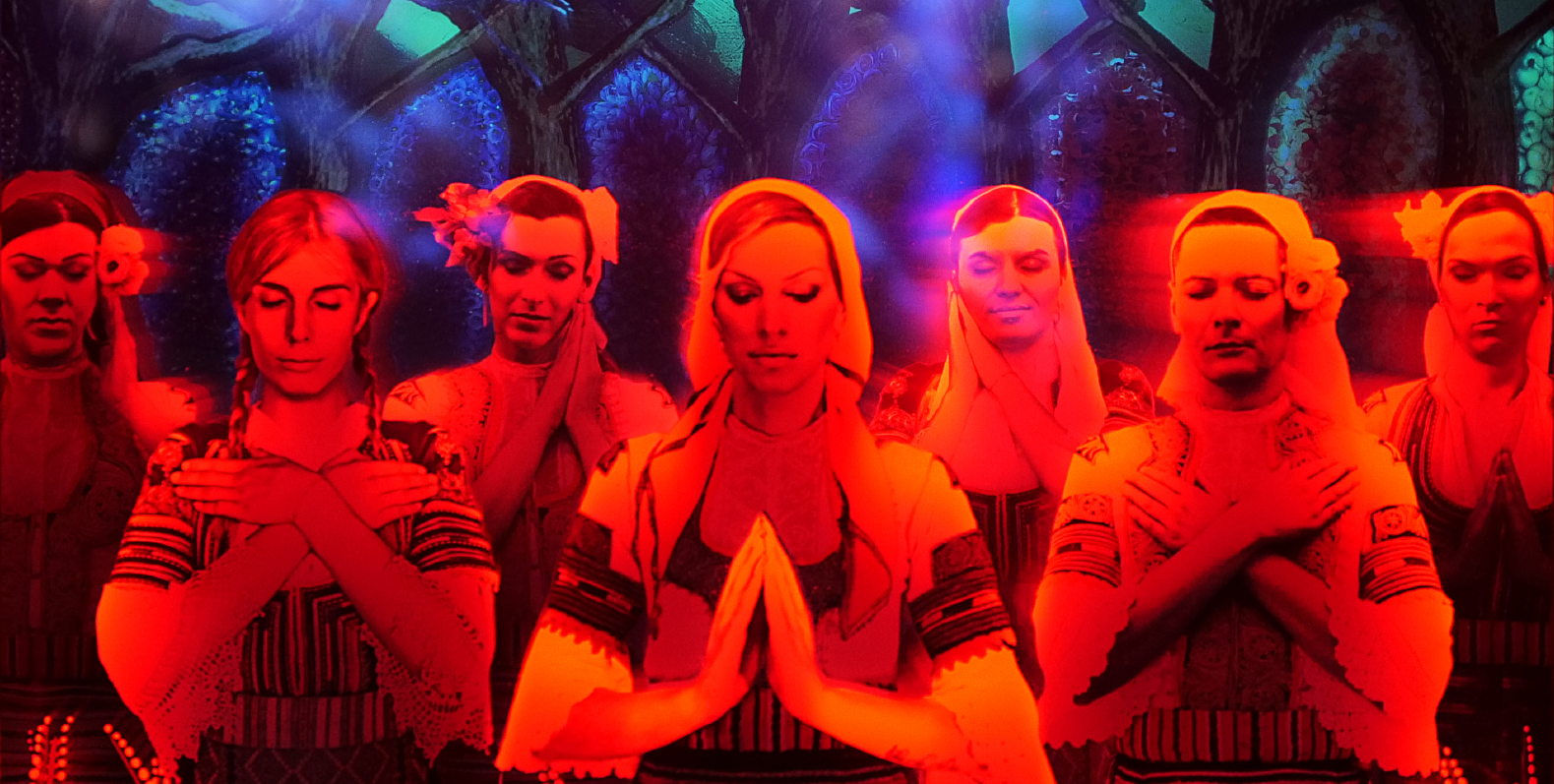 A friend of artist and activist Mísho lost her job after being outed as a trans woman. This injustice triggered the creation of The Other Bulgarian Women, through which trans women claim their space in Bulgaria’s past, present and future. Mísho created intriguing queer installation versions of Bulgarian painter Vladimir Dimitrov’s pieces from the 20s’ and 30s’.  Trans women play the leading role now, re-appropriating traditional Bulgarian folk symbols and making them their own. On What You See Festival’s opening night, this activist multimedia installation will be opened by a memorable DJ set.

Alongside the exhibition and for the first time outside of Bulgaria the video Bulgaria in Trance can seen. Four of the participants from the exhibition share their views on topics like family, love, childhood and dreams.

Mísho will also be taking part in the What You See Symposium on Friday 18 November.