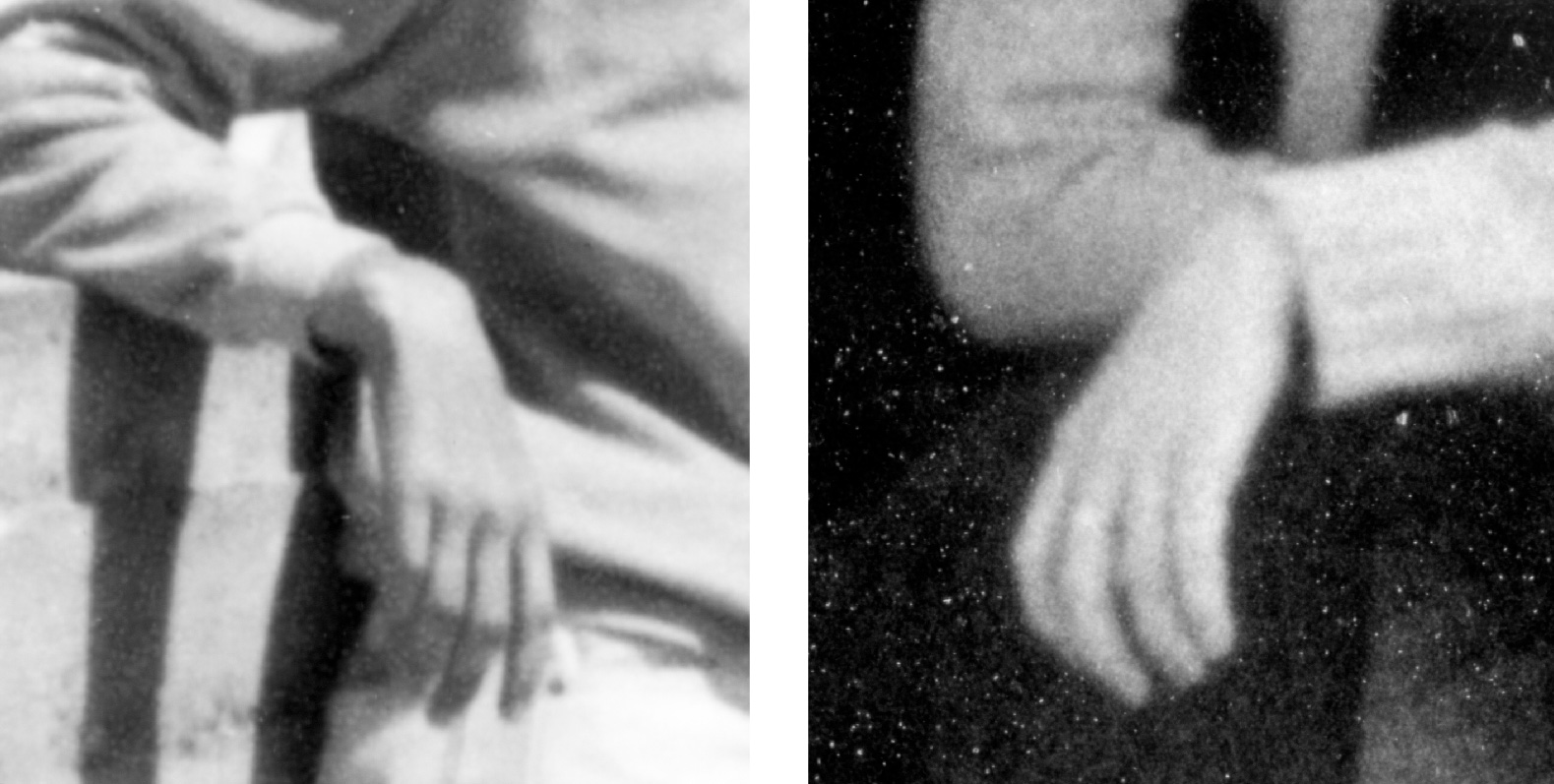 The death of Marijn Kuijper’s father’s death in 1983 stopped time. He will always be 36 years old, and Kuijper will always be his three-year-old daughter. His father never got to know about his transition from female to male and never saw Marijn becoming a father himself. In order to define their relationship in the present, Kuijper started the project Regarding You & Me in which the searches for the traces his father left behind.

The archive of family photos, movies and objects played an important role in this search. In Super 8 footage his father looked at him. In the exposition at Het Huis Utrecht, Kuijper presents details from photographs from both of them. Their mouths, their laughers, their hands and feet. In search for similarities and in his wish to get closer to his father, Kuijper also gets closer to himself.