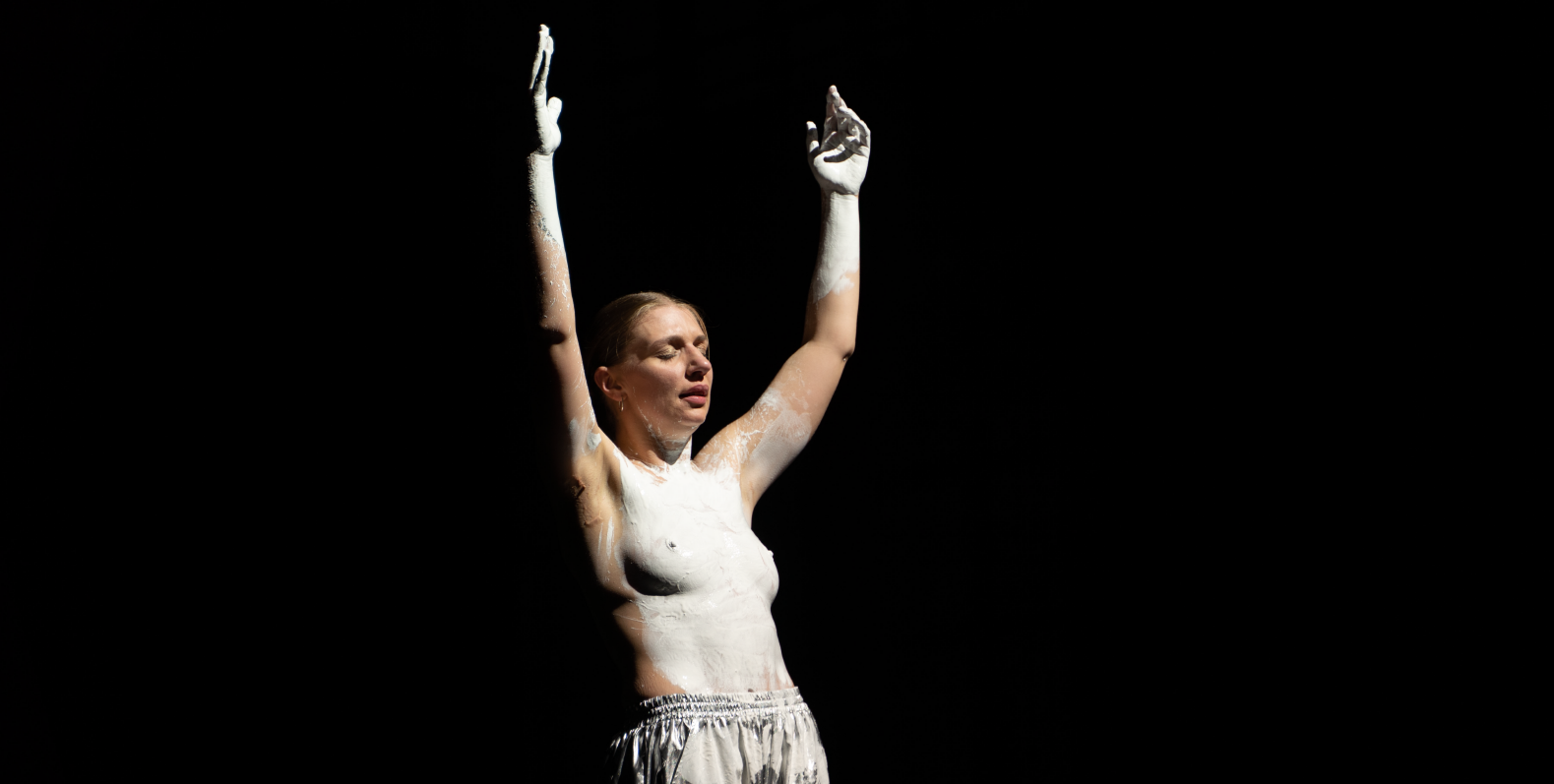 Hands up! With a protest sign in between, this posture is the symbol of western protest culture. But what kind of protest are we giving birth to? Is it a symbol of freedom, or one of aggression? Looking to the future, Lithuanian choreographer and activist Agnietė Lisičkinaitė examines ‘protest’ as an action in itself: what is it, and which forms can it take? In this ‘dance action’, we raise our hands and embrace the fragile balance between critical dedication and utter surrender, between resistance and anarchy.

Feel like more? Then join Agnietė’s workshop How To Protest?

“Hands Up is an activist work informed by local specificities that asks the audience to take action in changing our world, beginning from the ambiguous gesture of lifting the hands up. […] The political is not only personal but above all physical.”

WHAT YOU SEE OPENING NIGHT